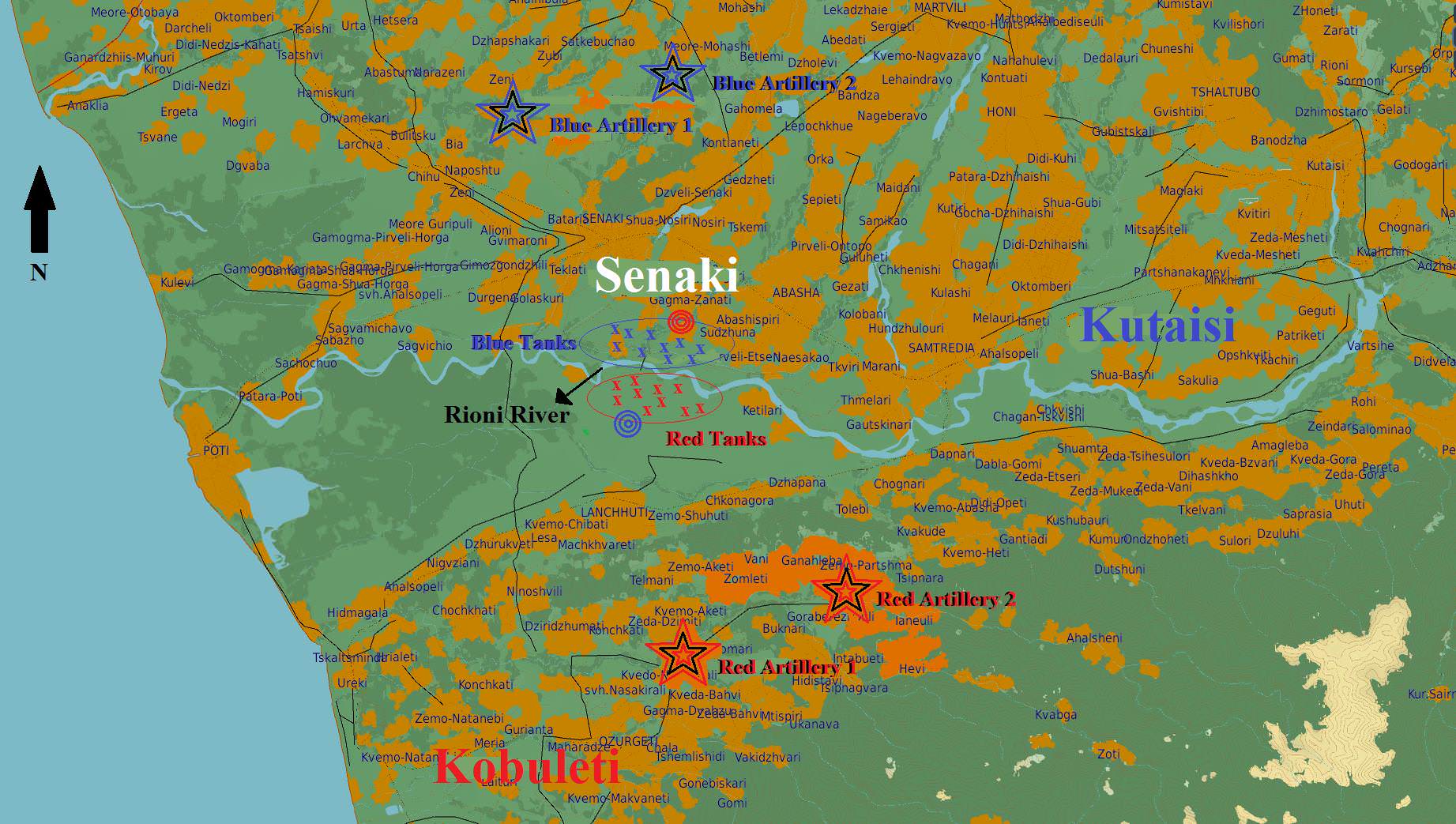 1- To capture Senaki, Mi-8.s/UH-1.s need to pick up whatever type of troops at their airbases (using CTLD, F-10 radio option), and deploy them within 1000 m from Senaki.s airbase. Seconds later a message will pop up on your screen to confirm the capturing of Senaki.
2- To "recapture" Senaki or take it away from the enemy, you will need to destroy the enemy.s troopers on Senaki.s ground first, then deploy yours and wait a couple of seconds for confirmation via message.
3- The more troops you deploy at Senaki.s airbase, the higher the chance of your coalition holding it during the whole mission. Only the troops you deploy are the defending units.

1- Each player has unlimited lives. However, each loss costs your coalition 15 points.
2- Each air-to-air kill regardless of the helicopter.s type will be rewarded with 35 points.
3- Each air-to-ground kill regardless of the unit.s type (infantry included) is rewarded with 15 points.
4- The coalition holding Senaki at the end receives 100 points.
5- When the event is over, I.ll watch the tacview and make sure for myself all kills were counted, before I announce the winner.
6- Each player can sign up himself only. Example: Alpenwolf - Ka-50.
7- If you are a Gazelle pilot, then you can sign up a co-pilot. The co-pilot will have to fly with you the whole time. Remember, a total of 20 players per coalition. If you and your co-pilot are caught in separate modules, then both of you will be kicked out.
8- For signing up as a Gazelle pilot, use the following format: Alpenwolf + Maverick - Gazelle OR Alpenwolf - Gazelle.
9- You can sign up as GCI as well.